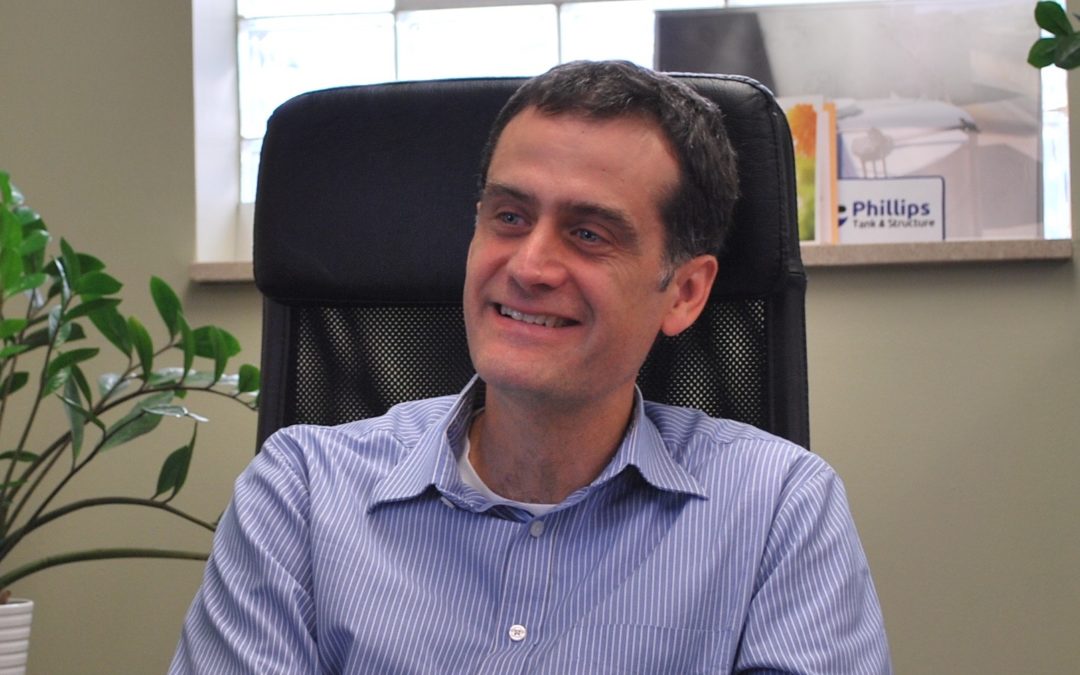 Over the past five years Phillips Tank & Structure (PTS) has grown from a startup to a nationwide storage tank manufacturer. Teams of engineers based in its headquarters in Braddock and satellite offices in Houston and Sacramento work with clients across the United the States and Canada. Driving this impressive growth is the PTS engineering team. As PTS’s president Lenny Phillips explains, the team’s ability to turn out detailed drawings and 3D diagrams sets the firm apart from its national competitors. “We can take any concept and turn it into an actual structure, and we can do it from Kenai Alaska to Fort Lauderdale Florida.” 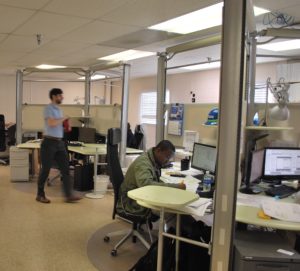 Phillips’ background is in engineering. After graduating from Cornell in 1994 with a Bachelors degree in Mechanical Engineering, he returned home to Pittsburgh and joined Pittsburgh-Des Moines Steel Company. He worked for several other firms in the storage tank industry before deciding to start PTS.

PTS continues Pittsburgh’s long tradition of leadership in tank manufacturing. From 1902, until it was sold off in 2002, Pittsburgh based Pittsburgh-Des Moines Steel Company (PDM) was one of the dominant companies in the US tank and metal fabrication industry. In addition to designing and fabricating thousands of water tanks and towers across the midwest, PDM designed and built the Gateway Arch in St. Louis and fabricated the famous forked steel columns at the base of the former World Trade Center in New York City. 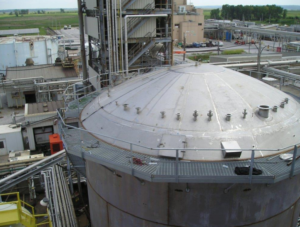 A PTS tank in Palmyra Missouri

PTS’s customer base is comprised of larger petrochemical companies such as Marathon Petroleum, Phillips 66, and Buckeye Partners. Its core competencies are geodesic domes, floating roofs, and storage tanks. While the firm has designed large tanks, including some reaching over 250 ft. in diameter, Phillips says the most interesting and challenging jobs have been quite a bit smaller. Recently, for example, PTS partnered with a company in Pittsburgh to build a bio-oxidizer, a tank-like structure that uses stacks of smaller tanks containing microorganisms to filter out waste products from factories.

Phillips explains that while there were many sites in the region that could have hosted his business, he chose Braddock for its proximity to the city, friendliness towards manufacturers, and the favorable loans provided by the Enterprise Zone. “Braddock is perfect for us,” he says, “because it’s not East Liberty or the Waterfront. It’s where you can role up your sleeves and get work done.” 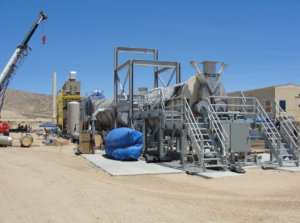