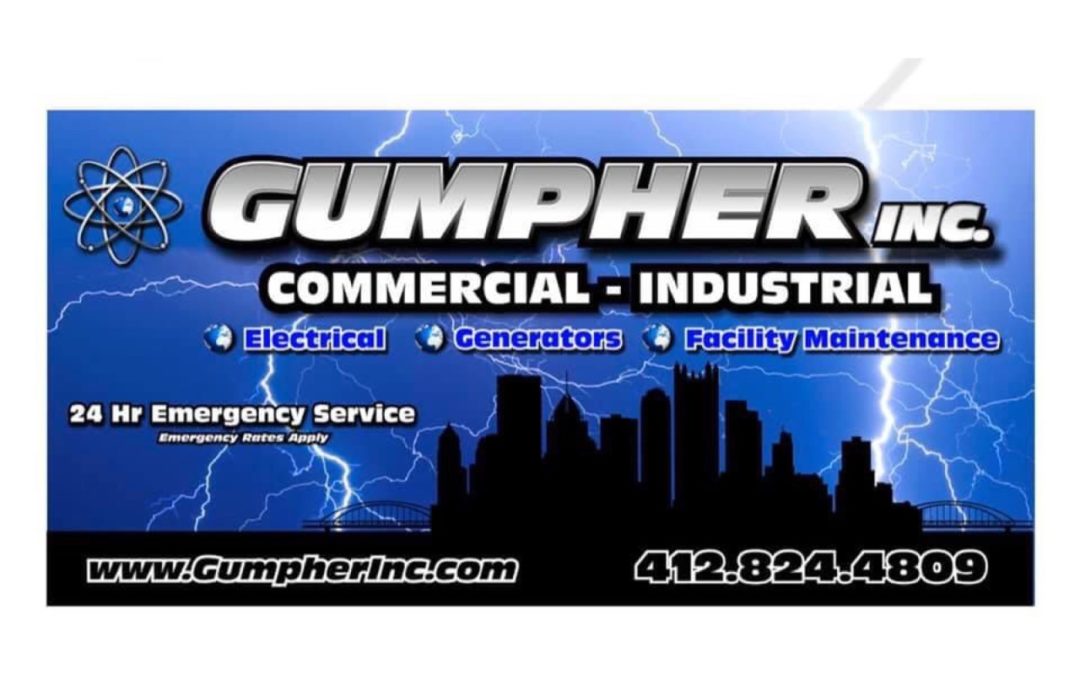 Dave and Lori Gumpher see all the good things happening in the EastShore and know the future is bright for the area. So much so that they are expanding their business in North Braddock

This isn’t the first time that they set out on an endeavor based on the belief that it will all work out. In 1999, the couple started Gumpher Electrical Services out of their North Braddock home’s basement while Dave was working full-time and Lori was raising their young family. After 5 years, it was time for Dave to devote all his work energies to the business while Lori was 8-months pregnant. Then in 2008, they purchased their current location on the North Braddock/East Pittsburgh border and incorporated as Gumpher, Inc. Their hard-work and devotion has paid off and the company continues to grow.

The company is a family owned and run business. Dave and Lori function as co-owners, their 4 sons work for the company as does Dave’s brother and their Chief Financial Officer has married into the family. The electrical maintenance and construction divisions employ 30 people. The couple sees all of their employees as one of the biggest assets of the company. They offer a living wage along with benefits, paid apprenticeship and additional in-house training classes like CPR.

A few years ago, Dave attended a meeting where a noted PNC economist made predictions of business trends over the next year (a slow winter, stagnant summer and strong finish to the year) that proved to be exactly what happened to Gumpher Electric. The other item the economist noted is that the Pittsburgh real estate market is underpriced. Dave agrees and says maybe nowhere more so than the EastShore communities of Braddock, North Braddock, Rankin and Swissvale. The Boroughs are on top of blighted properties, where homeowners have walked away, and each have plans on how to deal with them. But that is part of the real estate market that means there’s available space for companies of almost every size to come into the area and find the room they need to start or grow a business.

“These neighborhoods are sometimes beat up by the media but they have a lot to offer” Dave says. There are new businesses coming in and existing businesses that are flying under the radar. The EastShorePGH website can help highlight them. Pittsburgh has a huge national following of the unique and inventive food offerings in the area and the EastShore is part of the scene with the explosion of food trucks, new restaurants and classic favorites.

The Gumphers also support the community. Lori is the incoming Rotary Club of Braddock’s president and Dave has recently joined the Enterprise Zone Corp of Braddock’s Board. The company has been known to donate time and materials on neighborhood projects including hanging EastShore and Woodland Hills School District banners in Braddock, North Braddock and Rankin.

Being a staple of the area, growing up in North Braddock and seeing the opportunity to build to suit to their company’s needs, this family business is here to stay.

Gumpher is open 24/7 for emergencies and Monday through Friday 8:30 am to 5 pm. They offer a full-range of services including commercial electrical and lighting services, estimating/design build, facility maintenance and generator services. Check out the services list at www.gumpherinc.com and follow them on Facebook. As of May 2020, the company is licensed in the following area: